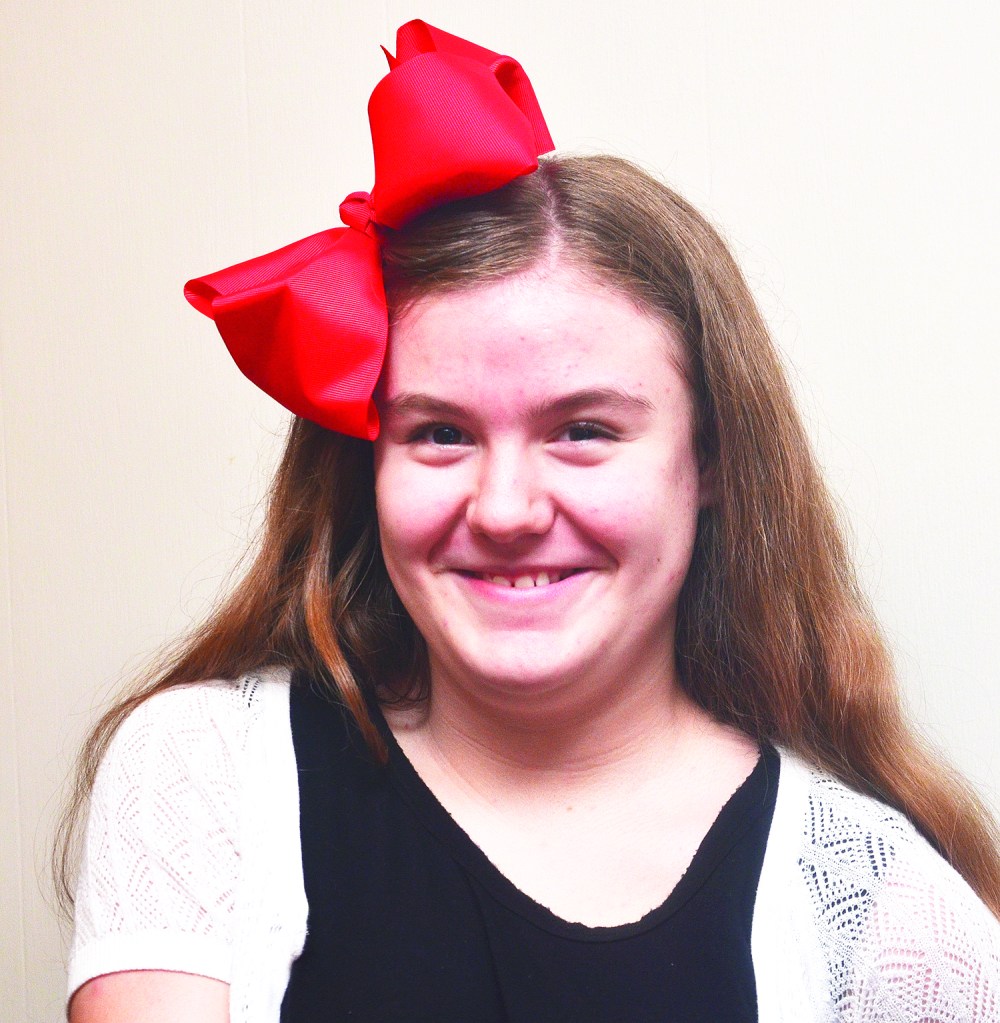 Reagan Edson is competing in the National Spelling Bee this weekend.

Reagan Edson is a shy seventh grader at South Davie Middle School who loves to wear big bows in her hair.

And now, she’s headed this weekend to the National Spelling Bee just outside of Washington, D.C. Reagan qualified in a new program that awards points based on past bee experiences, answers to questions and other criteria to become a contestant in the national bee.

Reagan loves to read, and won her first spelling bee while in the first grade. Her favorite subject, however, is math. She takes karate, is in the jazz band, and is teaching herself Japanese.

“She’s ambitious, like a little sponge,” said her mother. “She just soaks stuff up.” She is the daughter of Mikel and Patty Lowdermilk Edson of Mocksville.

She will be traveling to the Gaylord National Resort & Convention Center in National Harbor, Md. with her mother, sister Kylie and grandmother, Joan Edson.

“Just the experience will be pretty cool.”

She will be among 20 spellers from North Carolina competing in the bee.