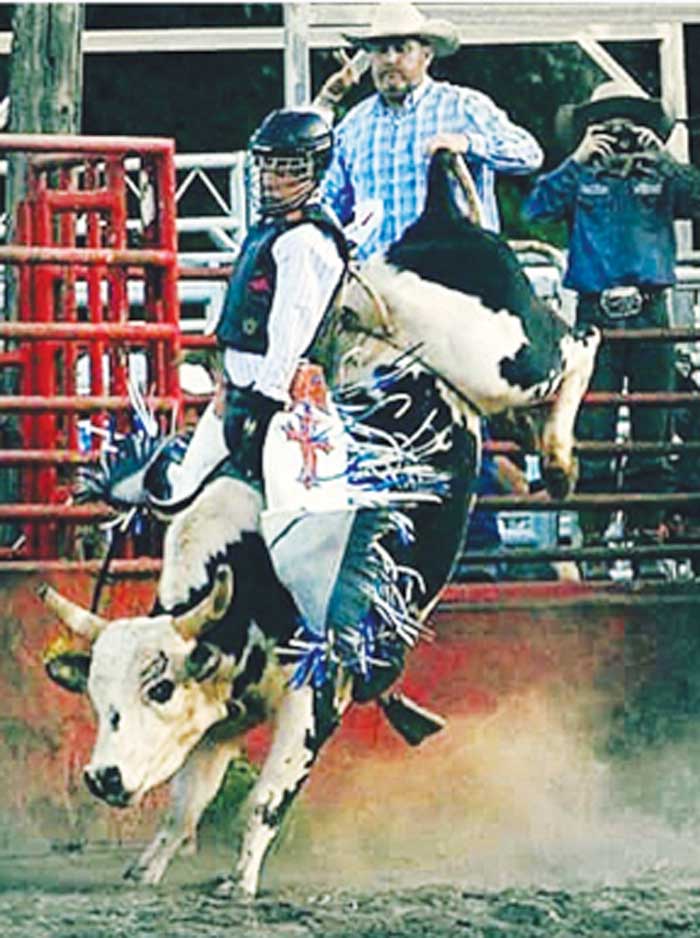 Trace Brown of Mocksville earned positions on the N.C. High School Rodeo Team and traveled to Gillette, Wyo. June 16-22 to compete against approximately 1,500 contestants from across 42 United States, Canada and Australia at the NHSFR  (Naional High School finals Rodeo)

Trace recently earned the N.C. Champion All Around Cowboy title.

Out of his five events, he represented North Carolina at the NHSFR in bulls, barbeack horses and steer wrestling.

After competing in his last high school competition at the NHSFR, Trace will be attending college in Texas. He will also be competing on their rodeo team at Vernon, to compete against the other college rodeo teams.

He gives special thanks to his mom, Tonya Brown, and Jeremy LeRoy, both of Mocksville.  LeRoy had a huge impact on Trace’s rodeo career and the knowledge of The Western Heritage.

The National High School Rodeo Association is an international, non-profit organization dedicated to the development of sportsmanship, horsemanship and character in youth through rodeo.