4 arrested after raid on Davie home 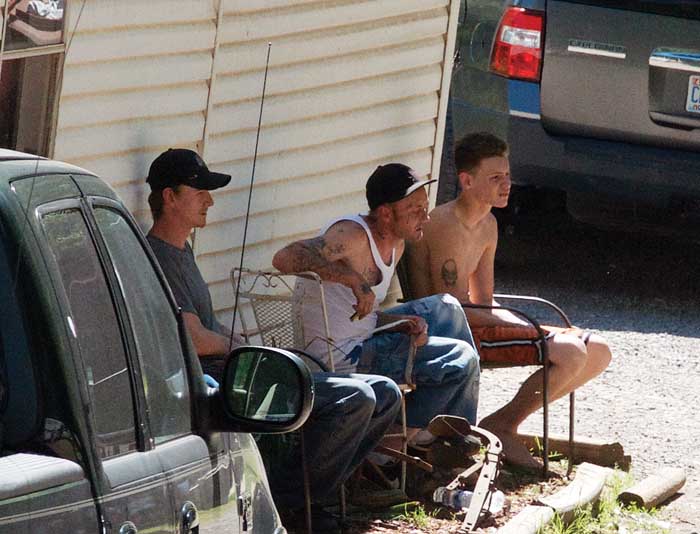 Four people were arrested and two are on the run after a three-month investigation led to a raid on a 513 Duke Whitaker Road, Mocksville home last week.

The Davie County Sheriff’s Department executed the two search warrants May 16, finding trafficking amounts of several illegal drugs, multiple items believed to have been stolen and cash believed to have come from the sale of illegal items.

A 16-year-old female was arrested at the residence for possession of marijuana and marijuana paraphernalia.

There is an outstanding warrant for Paul “Michael” “Snoopy” Potts, 43, of Duke Whitaker Road, for five counts of delivering/accepting blank or open titles, trafficking in heroin, felony maintaining a dwelling for a controlled substance, and conspiracy to sell methamphetamine. More charges are expected in relation to stolen property and narcotics violations.

There is an active warrant for Jeffrey Kent Potts31, of Duke Whitaker Road, for conspiracy to sell methamphetamine.

Officers also seized more than 75 firearms, body armor, numerous pieces of lawn care equipment, tools, jewelry, money and coins believed to have been stolen or the proceeds from drug sales. Hartman said the Department of Motor Vehicles is helping sort through numerous motorcycles, vehicles and four wheelers to see if any of those had been stolen.