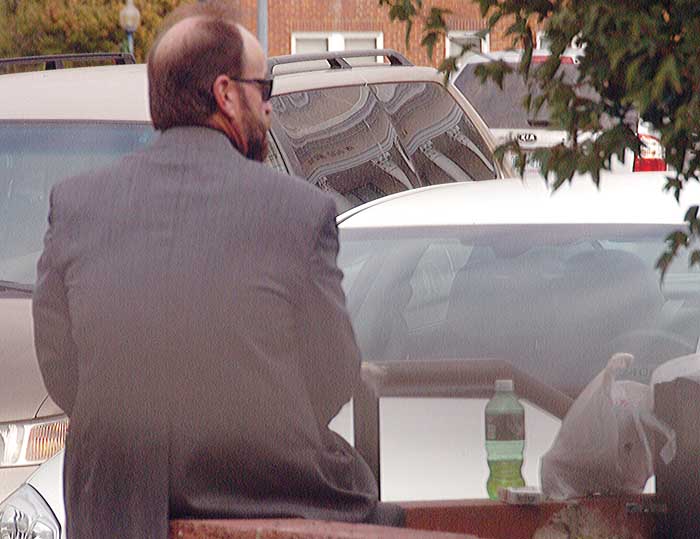 Michael Freeman waits to enter the Davie County Courthouse where he is being tried for murder.

Michael Bryan Freeman waits outside the Davie County Courthouse Monday afternoon for jury selection to continue in his trial. He is accused of murdering Michael Foster on April 7, 2014. About 200 potential jurors had been called. The trial is expected to last at least a week, with testimony from a dozen or more witnesses. The trial is continuing this week. Jury selection was completed Tuesday, and opening remarks were given before the trial began on Wednesday.