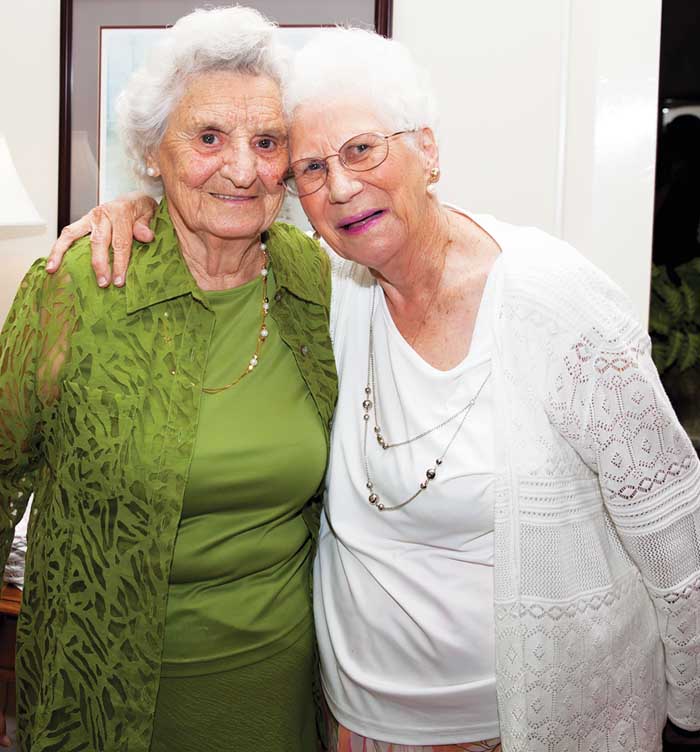 Rachel Christine “Chris” Hepler Livengood, the daughter of late Roy and Margie Hepler, is about to turn 90 years old and she had a surprise birthday gathering at the home of Earl and JoAnn Lester on Junction Road in Cooleemee.

Chris and JoAnn’s friendship started when they met at a nursing home. Chris had her second knee replacement, and JoAnn fixed her hair and continues to do so every Friday morning.

Linda Livengood Ervin and Nelson Livengood are her children. Nelson had the honor of taking Chris to the gathering and he lied to her all the way to Joann’s to make sure she would be surprised.

She thought she was going to a pool party, all the old “farts” were going to wear bathing suits and their pictures were going to be made into a calendar, her daughter Linda told her.

Nelson asked her on the way, “You didn’t bring any towels with you today?”

Not once did he let up on the truth. He and his sister really stuck to their guns.

Later, I found out that Christine was a prankster and loved every minute of it.

She taught her grandchildren how to tie all the dining room chairs to the legs of the dining table and poured Pepsi out of the bottle and filled it up with old coffee.  She even taught them how to tie the pots and pans together so when one pot was taken, they all came out.

Christine is Geraldine O’Neal’s sister and one Halloween, Christine dressed their mother up in a witch costume. Geraldine was at church for a Halloween party and  her mother was dropped off secretly by Christine.

The disguise was so well done, not even Geraldine recognized her own mother.  She later called her mother and told her about this awful looking witch that came into the church and no one knew who she was; the pastor even put a hotdog in her bag. He mother said, “Geraldine, that was me.”

I could just imagine how tickled Christine was when she pulled away from that church that night.

Mrs. McNeely, who lived on Marginal Street, was Christine’s Sunday school teacher when she was around 10. Everyone was learning the Ten Commandments and McNeely would have the girls come by her home to recite instead of in front of each other because she gave them a prize if they got them right. She didn’t want anyone to be embarrassed if they didn’t get a prize.

Christine’s mother would neatly starch and press her white dress and she would go to her home and say the Ten Commandments, which she said she knew them all.

McNeely gave Christine a seashell doll and was kept for a long time. Christine said McNeely was a sweet and considerate woman.  “She was very special person in my life and an inspiration. “

Once Christine started a family she was right there with them and the family was always together. Her house was called the party house.

JoAnn is important to Christine. She says she doesn’t know what she would do without her and she likes it that she never meets a stranger.

When asked in one sentence what would describe what kind of person she is, her response was, “A bright and shinning light.”

Her party was a floating celebration with invitations of 106 people. I’m sure all would agree her response said it all.