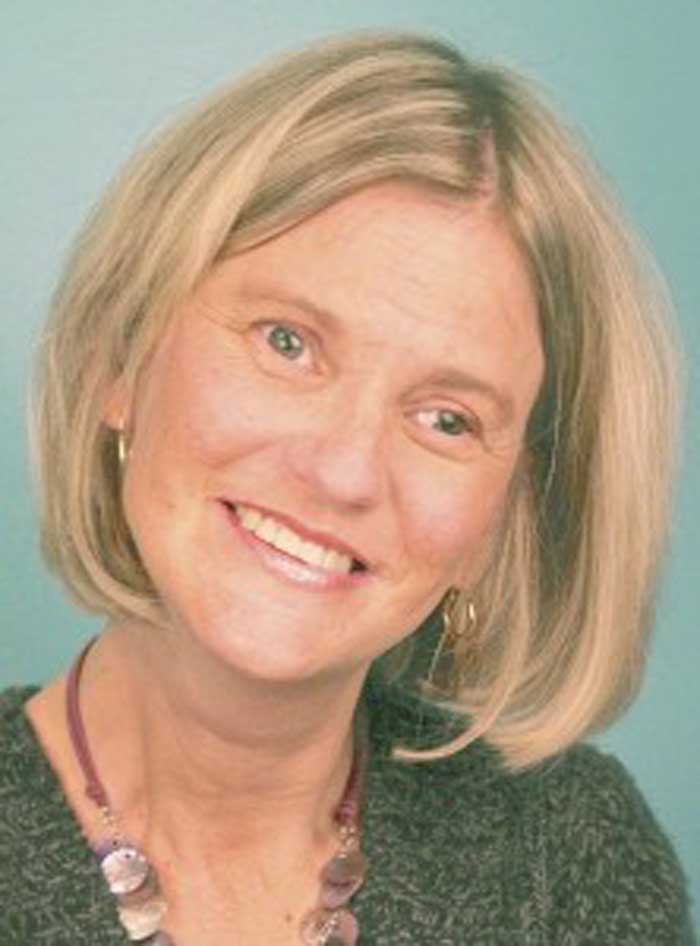 CHARLOTTE – For Carole Anne Hallyburton, a life of cerebral palsy has not limited her; instead, it has launched her to academic pursuits many considered impossible.

She received her diploma at commencement exercises on  Saturday, May 14, at Nations Ford Community Church (5901 Nations Ford Road). She was the keynote speaker.

Hallyburton, who once worked at the Salisbury Post, has a bachelor’s degree in English from the University of North Carolina at Chapel Hill. She began her program in 2012 unsure why God was leading her to pursue seminary studies.

“I always thought that students enter seminary because they are answering the call to pastor or counsel a congregation,” says Hallyburton, “I never felt that call.”

Rather, her involvement in a church plant over the last several years caused her to think more seriously about going into ministry. But, she says, “God chose not to reveal a specific calling until after I enrolled at Gordon-Conwell.”

While her family was supportive of her pursuit of seminary studies, Hallyburton says that “others seemed skeptical of my decision to attend seminary, which is understandable given the speech impediment that goes along with my disability.”

Four years later, she has not just gone to seminary, she has thrived. Despite taking nearly an hour to type a single paragraph on account of her disability, Hallyburton has completed every paper and assignment with excellence.

“Carole Anne represents the vision and mission of Gordon-Conwell Charlotte. We seek to provide an excellent academic and spiritual foundation for students of diverse backgrounds, ethnicities, ages and life experiences,” says Dr. Tim Laniak, dean of the Charlotte campus.

“Carole Anne’s academic record speaks for itself. Perhaps her greatest contribution was her example and leadership as she served as Student Council president. Her perseverance was an inspiration for students, many of whom have families, work full-time, serve in ministry full-time and go to school.”

Hallyburton’s seminary training, combined with a newfound sense of calling towards writing and curriculum development, will serve her well.

“Gordon-Conwell has embraced me in a way I never expected and has given me a godly confidence to in turn embrace the plan that God has for my future,” says Hallyburton. “It is my hope that when people look at my life, they see the sovereignty and providence of God.”

Gordon-Conwell Theological Seminary-Charlotte is a campus of the South Hamilton, Mass., based Gordon-Conwell Theological Seminary, one of the largest seminaries in the nation. It is a multidenominational evangelical Protestant graduate school serving more than 2,000 students on campuses in South Hamilton and Boston, Charlotte and Jacksonville, Fla. Architects of the institution included the Rev. Billy Graham; Dr. Harold John Ockenga, long-time pastor of Boston’s historic Park Street Church, and philanthropist J. Howard Pew.  The Charlotte campus opened in 1992 to serve students in the Southeast, and attracts students from more than 30 states and more than a dozen foreign nations.