A Christmas Carol Dec. 3-4 at South 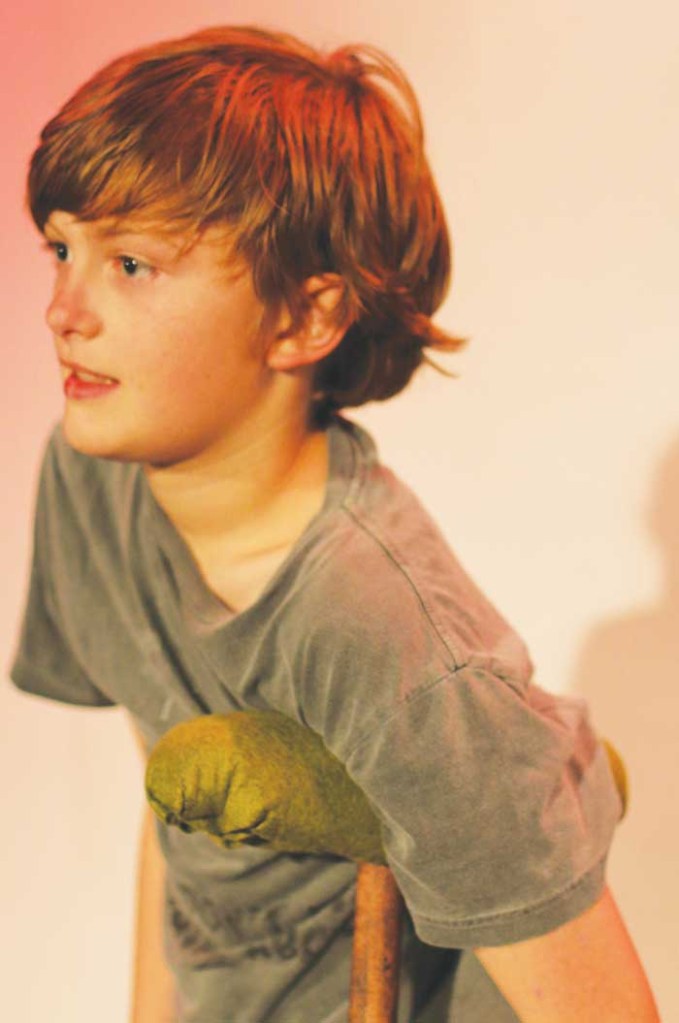 In Charles Dickens’ classic story “A Christmas Carol,” Ebenezer Scrooge was a critical, joyless man all days of the year, including Dec. 25.

One Christmas Eve he was visited by three ghosts who came to show him just how badly he had behaved during most of his life. Although A Christmas Carol was written in 1843, its popularity has endured for 172 years because of its timeless themes.

Dec. 3-4 at 7 p.m., the South Davie Drama Department will bring it to life once more.

Savannah Jones, Ghost of Christmas Past, said: “It helps people understand that helping people brings joy and that people like Scrooge can always change.”

Colton Lagle, playing the roles of Richard Wilkins, Old Joe and the Errand Boy, said that the story teaches that people should not be selfish and that they should give to the poor.

Abbey Whitaker, playing a caroler, Marley and Bess, noted that audiences like the play’s mixture of comedy and seriousness.

The Ghost of Christmas Yet to Come, Samuel Rosenquist, is the third and final spirit to visit Scrooge. In this cast-favorite scene, Scrooge learns just how disliked he is and that his laundress, housecleaner and even the undertaker steal his personal items and sell them at a pawn shop after his death.

Skylar Grubb, Emilia Lipnicki and Jalyn Chatman predict that one of the audience’s favorite parts will be Scrooge’s monologue near the end that shows he wants to change to be a better person.

“It is heart-touching and emotional,” said Chatman.

Glenn Ramirez said, “The story shows a lot of the meanings of Christmas.”

The actors have worked hard at acquiring English accents. Victoria Bailey said: “The accent comes naturally to me; however, listening to people from Britain speak helped me improve.”

Tanner Hartness, Fred and Mr. Fezziwig, said that he has always liked using a British accent just for fun, so he’s had some practice.

Vintage costumes were provided by a Davie Community Foundation grant. “We are so appreciative because the costumes will enhance the production,” said Reeves. “We urge the public to arrive early enough to get a seat. Some previous productions have been sellouts, and regrettably we have had to turn people away.”

Tickets are $8 for adults and $5 for children.