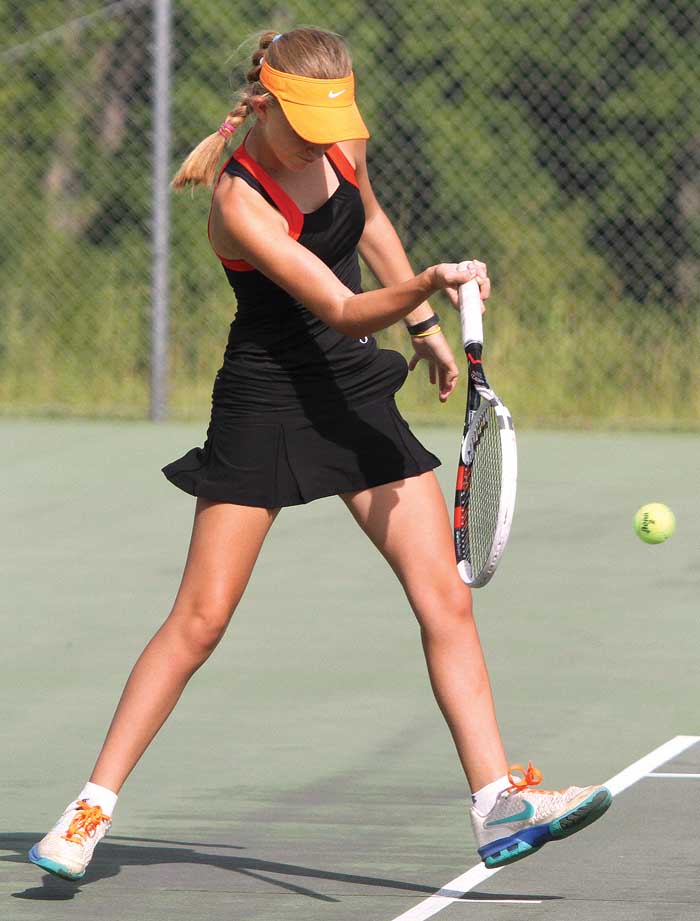 Reynolds is likely going to capture the Central Piedmont Conference, but Davie’s tennis team controls its own destiny in its attempt to finish second for the first time since 2011.

The War Eagles finished fifth in the CPC in 2012, fourth in 2013 and third in 2014. At 5-2 in the league, Davie has a good shot at maintaining the upward trend and taking second.

Davie grabbed a big win the next day, beating Mt. Tabor 7-2 at North Davie Middle and seizing a share of second.

It was the first win over Tabor in three years. Davie had lost five straight and 24 of 29 in the series. It was Davie’s first 7-0 start in nine years. It marked the first 5-0 start in the CPC in eight years. Tabor, meanwhile, stumbled to 4-2 in the league.

It took an undefeated team to stop Davie’s run. In a doubleheader at Reynolds on Sept. 16, the War Eagles lost 5-2 and 5-4 to the Demons.

A. Ngo and Myers were the winners in the first match. In the second match, Reynolds improved to 9-0 overall and 7-0 in the CPC, but Davie did make the Demons sweat it out.

No. 3 J. Ngo, No. 4 A. Ngo and No. 6 Aubree Privat won as singles ended in a 3-3 tie. It was Privat’s debut in the starting lineup. Reynolds claimed the verdict by winning two of three doubles. Myers/Privat won for Davie at No. 3. The No. 1 team of Becker/Foster lost 8-5 to Reynolds’ top seed, who is a “tremendous player,” coach John Bullins said.

While Reynolds looked like its usual powerhouse self, Bullins was proud of his girls.

“We gave great effort and battled from No. 1 all the way to No. 6,” he said. “I was real proud of those girls. The whole team was cheering each other on. It was a good team effort against an excellent team.”

Davie and Tabor are tied in the loss column, but you have to like Davie’s chances for second because Tabor has another match with Reynolds coming up.

“Everybody realized they gave their best effort,” Bullins said. “We just came up a little short. I’m hoping we can keep fighting and finish up in second.