JV football blown out by Hopewell 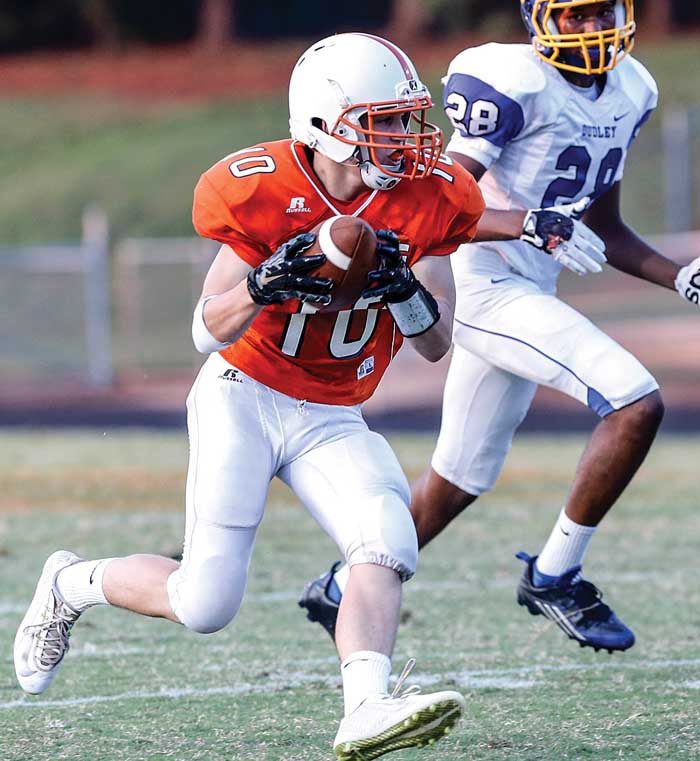 Davie’s junior varsity football team fell behind 24-0 in the first half and suffered its worst loss since the 2014 opener, losing 42-16 at Hopewell last week.

Ouch. Davie (2-2) allowed the most points in 23 games on the heels of a rousing 37-34 win over Dudley. This was the final nonconference game.

“We didn’t come ready to play like we can,” coach Blaine Nicholson said.

A Ben Summers run got Davie on the board, and a Summers pass to Mason Wilson for two points cut the deficit to 24-8 at halftime.

Davie got within striking distance on its first possession of the second half. Summers scored on a run and Joseph Gadson added the two-point conversion to close the gap to 24-16.

“We picked the tempo up, picked the intensity up,” coach Blaine Nicholson said. “We were executing for a while.”

The momentum did not last long as Hopewell regrouped and pulled away.

“We couldn’t stop them,” said a disappointed Nicholson. “The guys we lined up against weren’t better than us. We shot ourselves in the foot and didn’t execute the plays.”