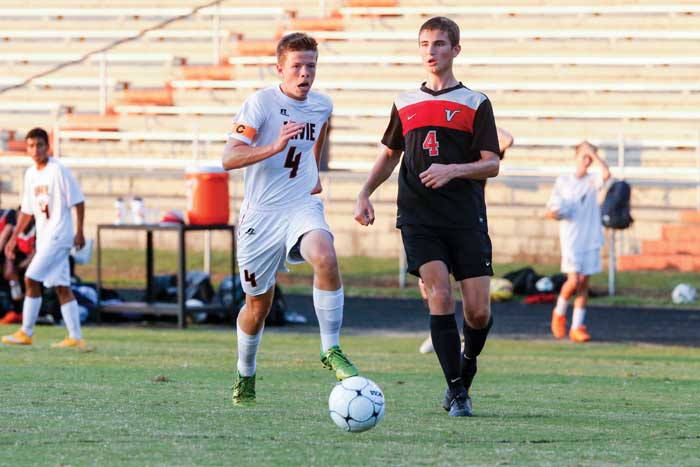 Davie’s soccer teams didn’t have much to cheer about against visiting Parkland in the Central Piedmont Conference opener on Sept. 9.

The varsity game was 2-0 at halftime and the Mustangs pulled away in the second half. It was the third straight loss to Parkland and the third shutout loss this season. Davie fell to 1-4-1 overall.

The JV game started well enough, as Bryce Clary’s first goal of the season came in the first 30 seconds. He was assisted by John Ellis.

Davie, though, would not score again. It trailed 2-1 at halftime, and Parkland added two goals in the second half.

Even though a fourth straight loss dropped the War Eagles dropped to 1-5 overall, coach Andrew Davis saw his team give everything it had against a potent team.

“To lose to Parkland 4-1 … Parkland is a very strong team,” Davis said. “My guys did awesome. We played hard the whole time. I saw nobody give up. We played until the end.”