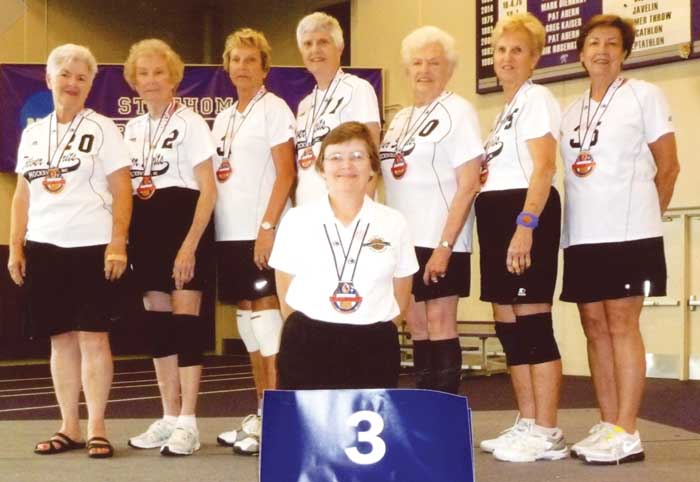 Thirteen teams were divided into three groups for team play. The Silver Spirits won all four games in their group, beating the New Mexico Canyon Nets 36-20, the Texas Lady Ball Hawgs 45-35, NOVA from Virginia 32-12 and the Chicago North Stars 42-14.

Bracket play in the double elimination started next.

In the first game, the Silver Spirits beat the Albuquerque Fox Trotters 34-24. Later that day, they beat the Arkansas Diamonds 30-28, for six straight wins.

The next day, the Silver Spirits lost to the Michigan Spirits 50-35, pitting them against the Ball Hawgs, which they had already beaten. The Spirits lost, 30-23.

“National Senior Games is like a reunion for this basketball team,” said member, Alice Barnette. National games are held every other year.