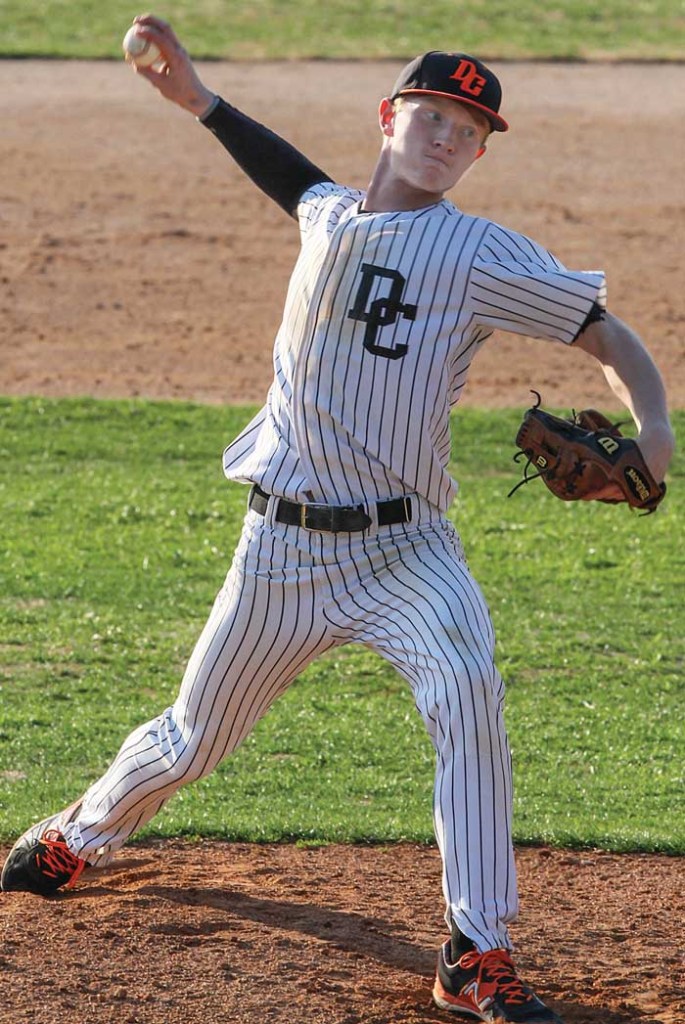 McKay Chamberlain knocked in four runs, Cody Hendrix launched a home run as part of a four-RBI day, and Zach Hudspeth cruised on the mound as Davie’s junior varsity baseball team battered visiting Reynolds 12-2 in the first game of a doubleheader.

Game two was not as lopsided, but Davie still won with little trouble, 12-8.

In game one, Chamberlain went 3 for 3. Hendrix, a freshman, went 2 for 4 with his first high-school long ball.

“I knew it was coming,” coach Jason Harbour said of Hendrix’s home-run power. “I just didn’t know when we were going to get to see it. He’s got a very smooth swing and we look for big things to come from Hendrix.”

In game two, the War Eagles (5-1, 4-1 Central Piedmont Conference) led by scores of 8-1 and 11-2 before settling for a four-run victory that extended their winning streak to five.

“They hit the ball,” Harbour said. “They were not a bad hitting team. Hudspeth overpowered them in game one, but they were a pretty good hitting ballclub.”