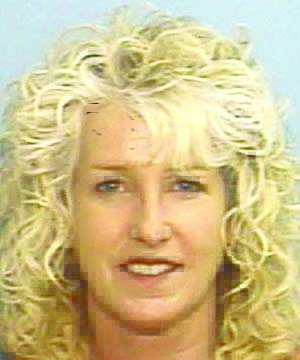 Davie Sheriff’s officials are exhausting all leads and contacting anyone who may have information about the disappearance of a local woman last month.
Detective Kim Palmer is heading the investigation into the disappearance of Patricia Yvette Swaim, 49, of Serenity Drive, Mocksville.
Swaim was reported missing by her daughter on March 10.
According to Palmer, Swaim’s daughter said she last spoke to her mother on Feb. 20.
Palmer said that Swaim lived with a man at the Serenity Drive (off Crescent Drive between Ridge and Davie Academy roads) home and at the time of her disappearance she was not employed.
“There have been issues with the relationship in the past,” Palmer said. Swaim had left before, but always contacted family members.
Palmer said that Swaim’s boyfriend believed she was with her daughter on the day she went missing in February.
Swaim did have a driver’s license but her car was not in drivable condition and is still at the home, according to Palmer.
Palmer said investigating officers are contacting anyone who might have had any contact with Swaim.
“Based on information from her family, this is not typical behavior for her,” Palmer said.
If you have any information on Swaim or her whereabouts, contact Palmer at 336-936-2972 or 336-751-5547 …