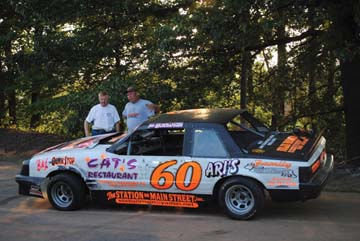 Three of the top five finishers in Saturday’s Stadium Stock Series
Race One were Davie County’s A.J. Sanders, Dale Barneycastle and Jason
Keaton, and the same trio is among the top five in points going into
the next race at Bowman Gray Stadium on July 10.

Sanders finished second to Winston-Salem’s Brandon Brendle. After
third-place Charlie Curry of Lexington, there was Barneycastle in fourth
and Keaton in fifth. Davie County’s Jason Tutterow and Andrew Sanders
were 20th and 21st, respectively.